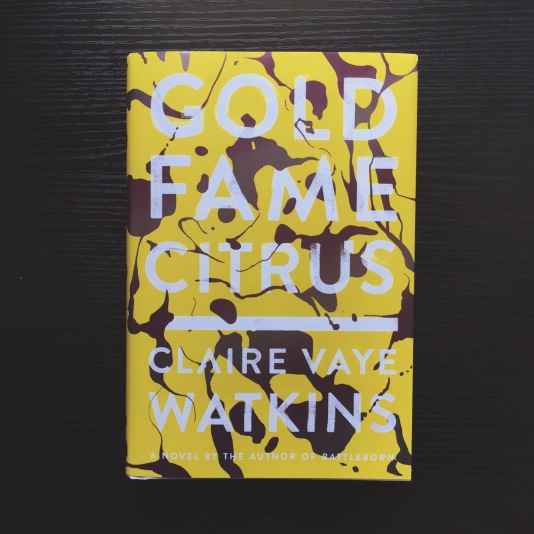 This is one of those books that somehow manages to be simultaneously beautiful and brutal, hopeful and disquieting. Claire Vaye Watkins is an insanely talented writer, and I’m honestly surprised that this wasn’t at least longlisted for the National Book Award.

In a post-apocalyptic future that doesn’t feel too far off, a drought has left Southern California and much of the Southwest unlivable. Luz and her partner, Ray, are among the small percentage of people who have chosen to stay after most of the population has evacuated to the East Coast. Holed up in a starlet’s abandoned L.A. mansion, they live off of rationed food and soda, distinctly purposeless until they rescue a baby from a group of dangerous vagabonds and set out to find a better future for the three of them.

On the way, they pass through The Amargosa, a barren desert wasteland with an ethereal draw that’s rumored to be home to a colony of survivors led by a mysterious prophet who can somehow procure water.

As mentioned above, Watkins’ writing is beautiful – though sometimes to her detriment. She does a wonderful job describing the surreal landscape – to the point where you feel thirsty just reading it – but there are times when this drags on for pages and detracts from the narrative.

Ultimately, though, it’s worthwhile to push through these sections. Watkins has created a gorgeous novel about the limits of love, the lengths we’ll go to to find a sense of purpose and the many ways we allow ourselves to be deluded in the name of hope.

One thought on “Gold Fame Citrus by Claire Vaye Watkins”