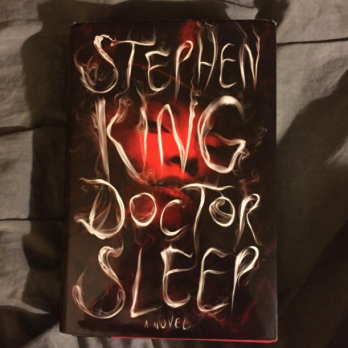 If you ever wondered what happened to young Danny Torrance after his fateful winter at the Overlook Hotel, this book is for you.

We meet Dan again in his 30s. Haunted by his childhood, he finds himself following in his father’s footsteps and turns to the bottle. Finally, after hitting rock bottom, he seeks the help he needs and joins AA.

Dan’s special ability—his shining—links him to a 12-year-old girl named Abra who possesses this same talent. But Abra is in danger. There’s a group of powerful vampires called the True Knot traveling the country, feeding off of the essence of children who shine—and they’re coming for her next.

As always, King weaves a masterful story rooted in the strength of its characters. While the True Knot itself is a fascinating creation that propels the story forward, Doctor Sleep is really about Dan and his personal demons as he attempts to evade the legacy of his father and create a healthy, meaningful life for himself. We can’t escape our past (or our genes, for that matter), but we can overcome them if we’re willing to put up a hell of a fight.

I loved most of this book, though I did find the epic showdown that it gradually led to a bit muddled and abrupt when it finally arrived.

Nevertheless, fans of The Shining will likely appreciate this anticipated follow-up. 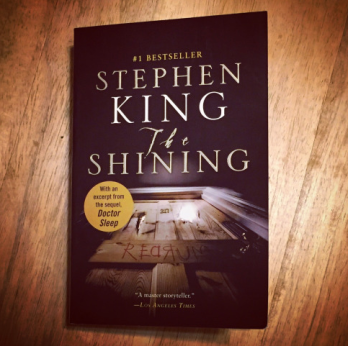 The Shining has been one of my favorite movies for as far back as I can remember, and yet somehow I made it this far without ever reading it. Well, it was finally time to change that.

This story about the Torrance family and the haunted Overlook Hotel where they spend a secluded winter is truly chilling. As always, King’s character development is what stands out and makes it so successful.

Jack, the patriarch of the family, is by far the strongest and most well-developed character. He’s an abusive alcoholic whose anger issues have recently cost him his prestigious teaching job, leaving him no choice but to take a gig as the winter caretaker of a secluded resort in the Colorado mountains. As the hotel begins to takes hold of him, it’s hard to discern if it’s just Jack’s own inner demons or something much more malevolent.

This, to me, is the most interesting aspect of the book. I loved seeing how the hotel manipulated Jack by preying on his insecurities. And when his wife, Wendy, begins to fear him, it’s Jack-her-husband, not Jack-the-possessed, whom she initially fears—and we can’t really blame her.

The paranoia and dread mount quickly, encompassing Jack, Wendy and their son Danny—gifted with a sixth sense that’s both a blessing and a curse—in a sinister plot to trap them in the hotel forever.

This was a powerful, creepy read that kept me captivated, though I was hoping for a bit more cohesion to the sinister backstory. Also worth noting: once you’ve seen the movie, it’s impossible to picture anyone but Jack Nicholson as Jack Torrance. This is one of the rare instances (yes, I’m going there!) where I liked the movie more than the book. I mean…Nicholson, Kubrick? Come on! 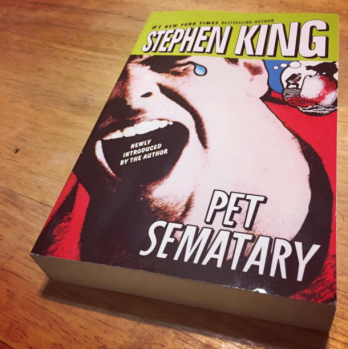 Pet Sematary has always been one of my favorite Stephen King stories. I’m still terrified just thinking about certain scenes from the movie. I hadn’t read the book since I was a kid so I figured I was long overdue for a re-read.

This is, famously, the book that King himself considers the most frightening he has ever written. He has expressed regret over publishing it, claiming that it’s too dark, too bleak, that it goes too far.

I understand why he feels that way. Reading Pet Sematary as an adult has been a horrifying experience. I’m now at a point in my life where I have an acute fear of mortality—both my own and that of those I love. Pet Sematary exploits that very fear.

We all know what it’s like to lose a loved one. What if there was a way to bring them back? Would you do it, even if it meant opening a door into the depths of darkness and terror? We all want to feel like we have some semblance of control, like we’re not at the whim of an indifferent universe where death can strike at any time. But at what cost?

As Pet Sematary’s Louis Creed grapples with these very questions, we feel an overwhelming sense of dread. We know tragedy and horror await he and his family, and all we can do is sit back and watch it unfold, secretly hoping that if given the chance, we wouldn’t make the same mistakes. After all, as Louis’s neighbor Jud warns, “sometimes dead is better.”

Pet Sematary had me in its grip from the first few pages and never let up. It’s a masterful story about death, love, grief and the hopelessness of trying to escape the will of the universe. 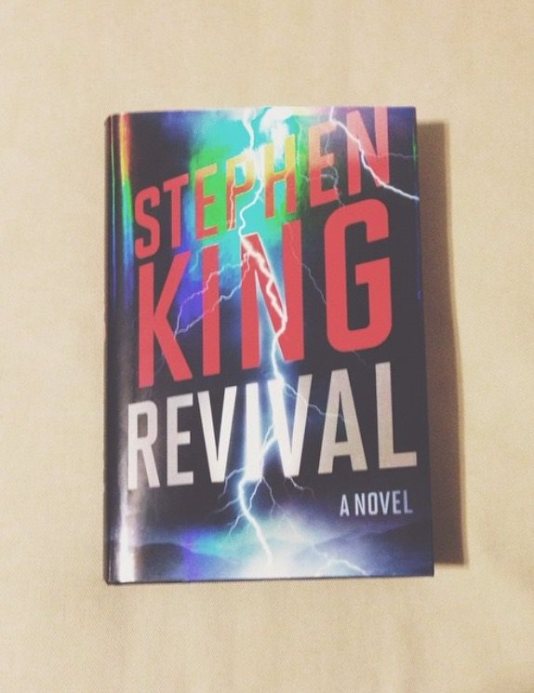 The first Stephen King book I’ve read in a long, long time. Man, I really loved this! This is essentially King’s homage to HP Lovecraft and cosmic horror. And the ending is just so delightfully bleak and disturbing.